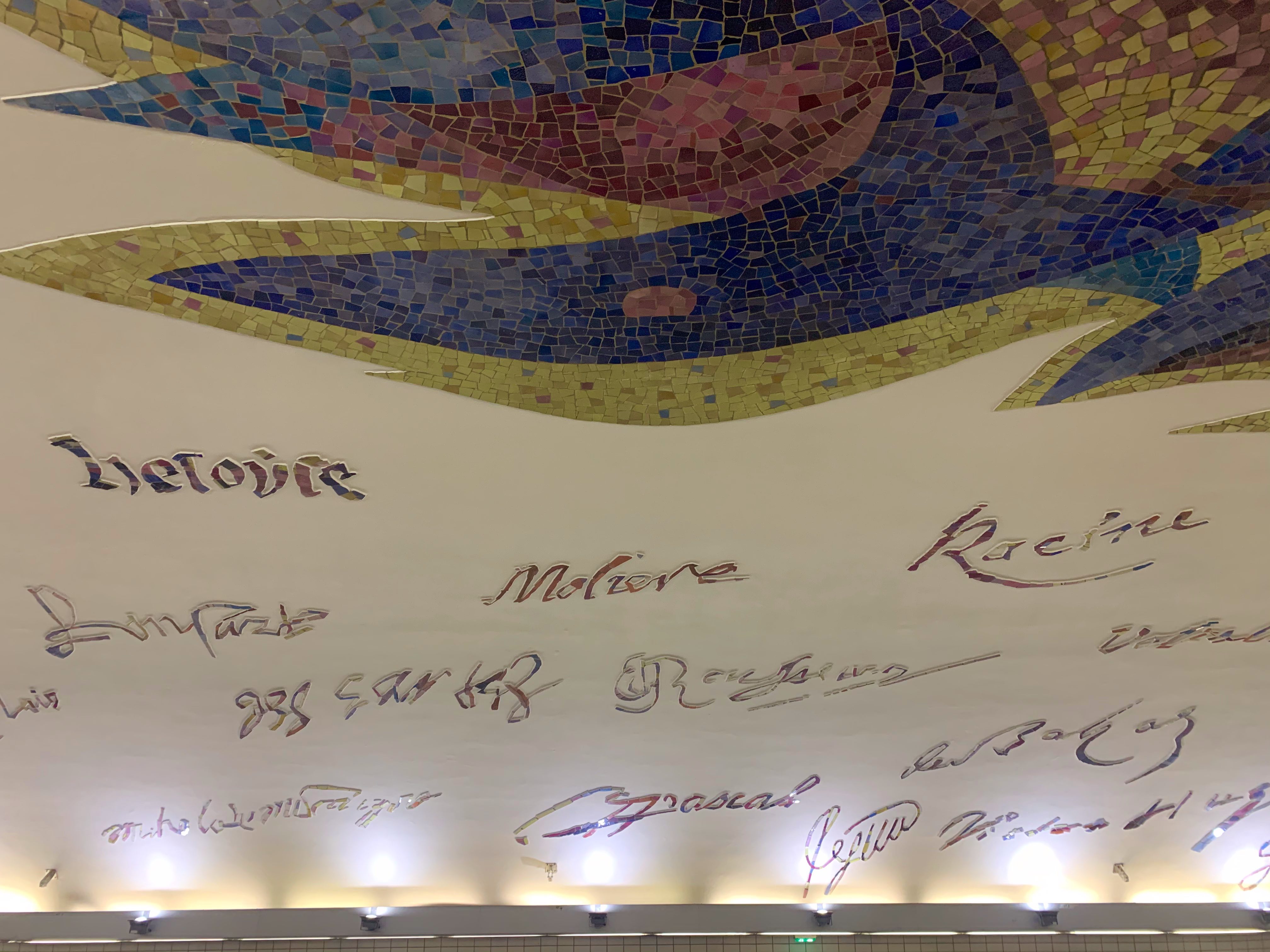 There is no doubt that every Parisian and every tourist has their own particular favourite metro station as each station has its own unique features. However one of the most impressive and memorable stations has to be Cluny – La Sorbonne on Line 10 in the heart of the Latin Quarter.

The History of Cluny – La Sorbonne Station
The Cluny metro station was opened in February 1930, but closed quickly at the outbreak of war in 1939 due to a shortage of staff. It didn’t reopen again until 1988 and was rename Cluny – la Sorbonne, allowing the inter-change between the RER trains at St Michel – Notre Dame. A joint project between the Ministry of Culture and the RATP ( The Paris transport network company) they called upon a famous artist Jean Bazaine ( 1904 -2001) to turn this tiny station into something more monumental, which was certainly achieved. 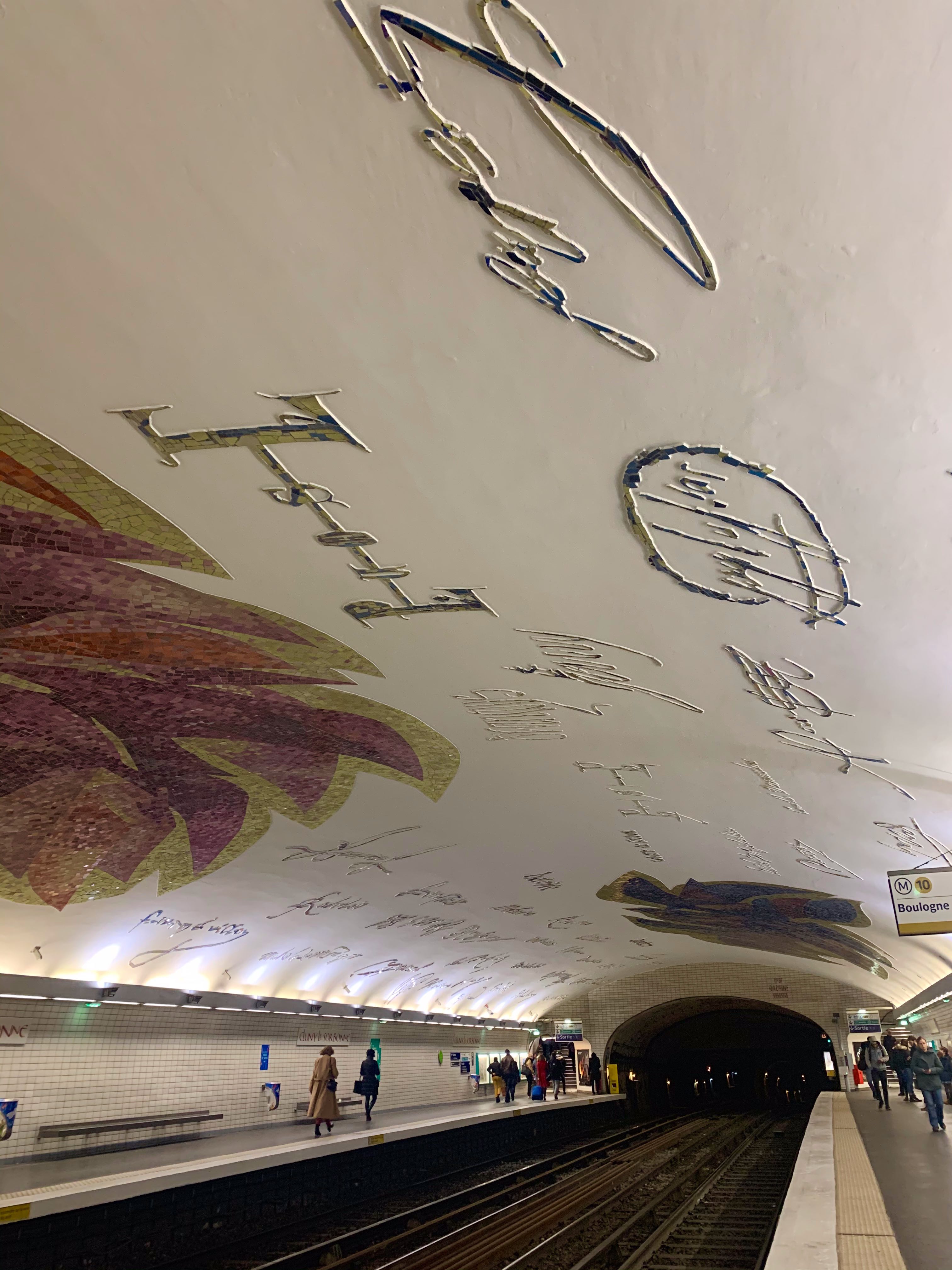 Look up at the ceiling.
On the arched ceiling of this station you can find two giant birds or maybe they are phoenixes, suggesting the bringing back to life all the people who have passed under this roof in over 800 years. Then there is a mosaic which covers 400 square metres of ceiling, made up of 60,000 enameled Volvic lava tiles. Here you can find the signatures of fifty famous French people from poets to philosophers, and from scientists to statemen, their common point being connections to the Latin Quarter. For example you can spot Jean- Paul Sartre, Robespierre,
Molière, Richlieu and Marie ( Written Marya, the original Polish spelling) Curie.
It’s as though all these signatures play their part to add to the “spirit” of the Latin Quarter.

How to get to Cluny – La Sorbonne Metro Station 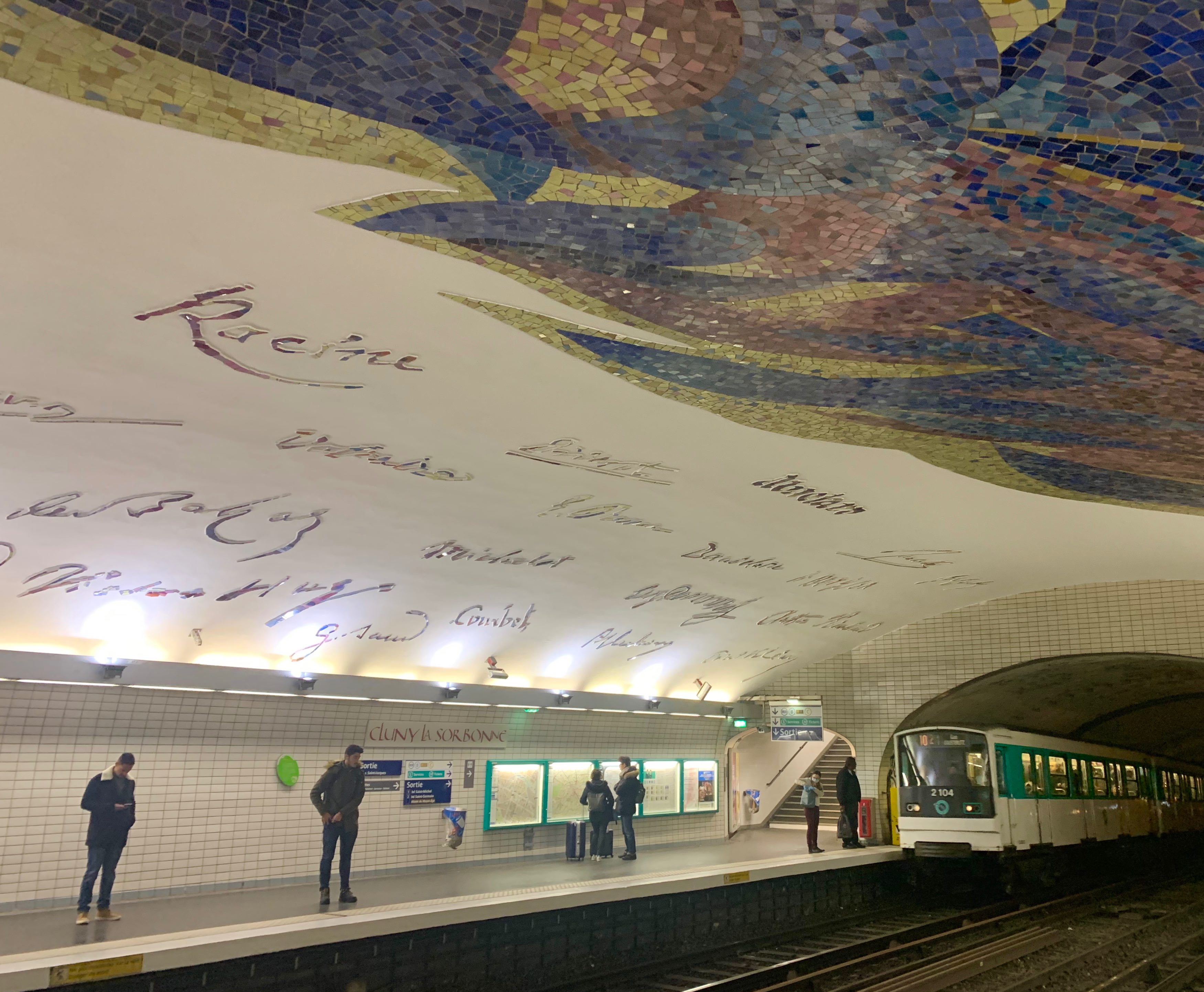 Hotel Marignan’s advice
During your stay with us you will invariably try the Paris metro to visit places beyond walking distance. Take the time to go and appreciate this remarkable station. 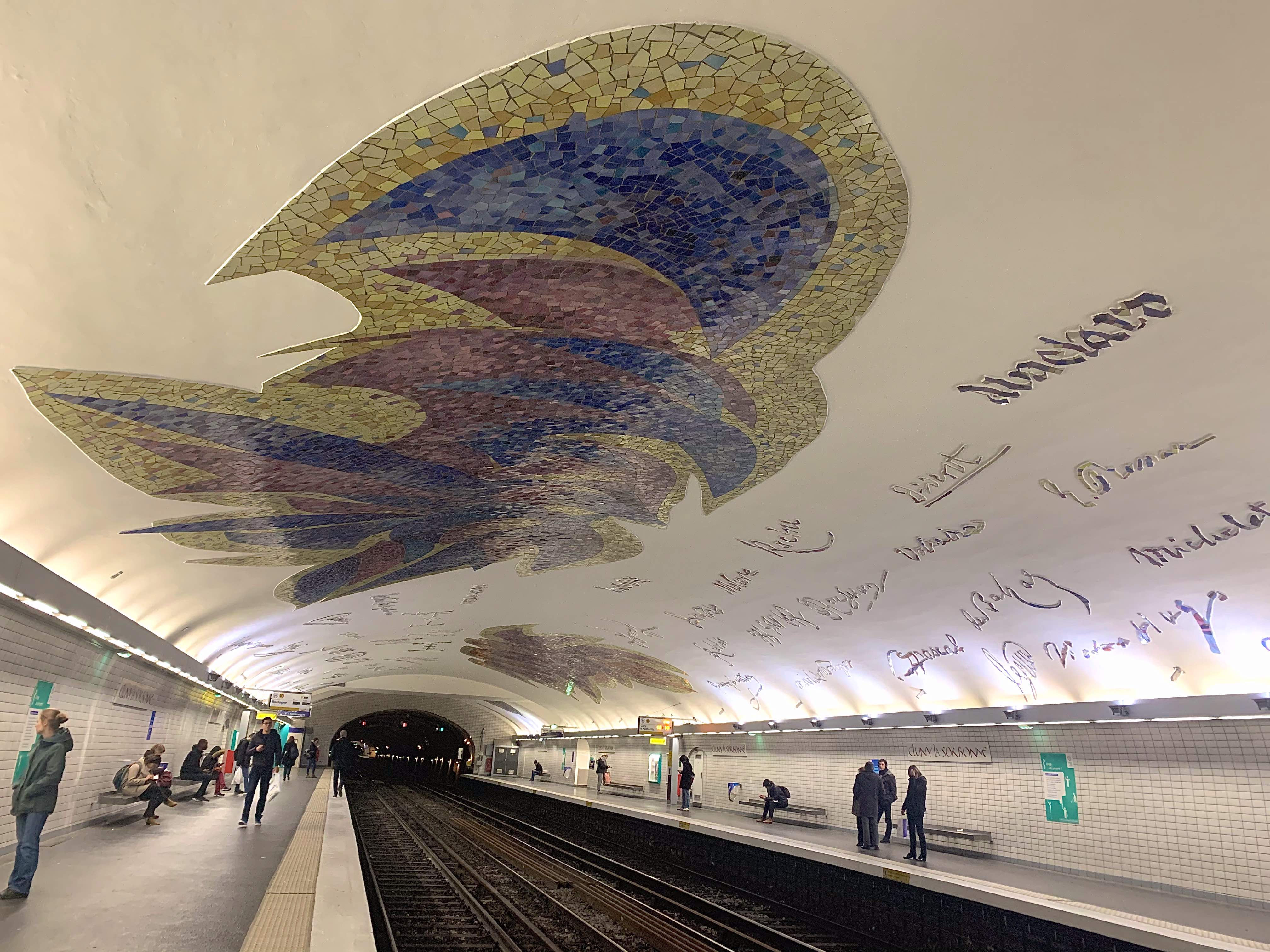