What are those dark green boxes that you see dotted along the banks of the Seine?   “Les Bouquinistes “ or book sellers are a unique feature of Paris and a first step has already been taken by the Ministry of Culture for them to be recognized by UNESCO as a world heritage site. 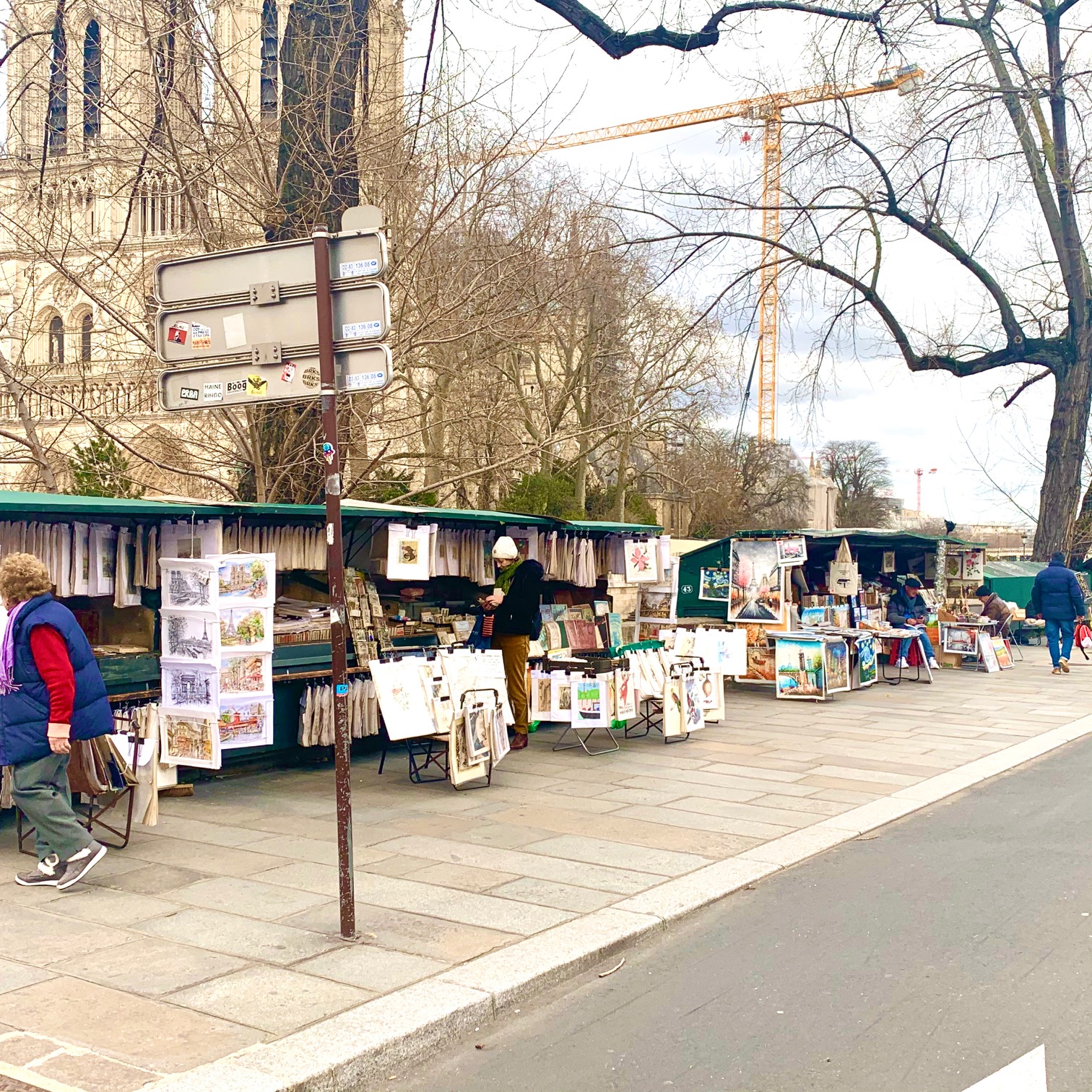 There are in fact 900 boxes, spanning 3 km of the Seine’s banks from  Pont Marie to Quai du Louvre on the Right Bank and from Quai de la Tournelle to Quai Voltaire on the Left Bank. Currently the 226 “Bouquinistes” are independent sellers, where you can find rare, and second-hand editions of books as well as newspapers, comics, magazines and prints. With the ever growing popularity of the Internet and fewer people reading on paper, some bouquinistes have now diversified to sell tourist merchandise such as magnets, postcards and snow-globes. However only 1 in 4 is allowed to sell these kinds of products keeping the spirit of literary Paris and the bouquiniste origins alive.

A brief history of the Bouquinistes 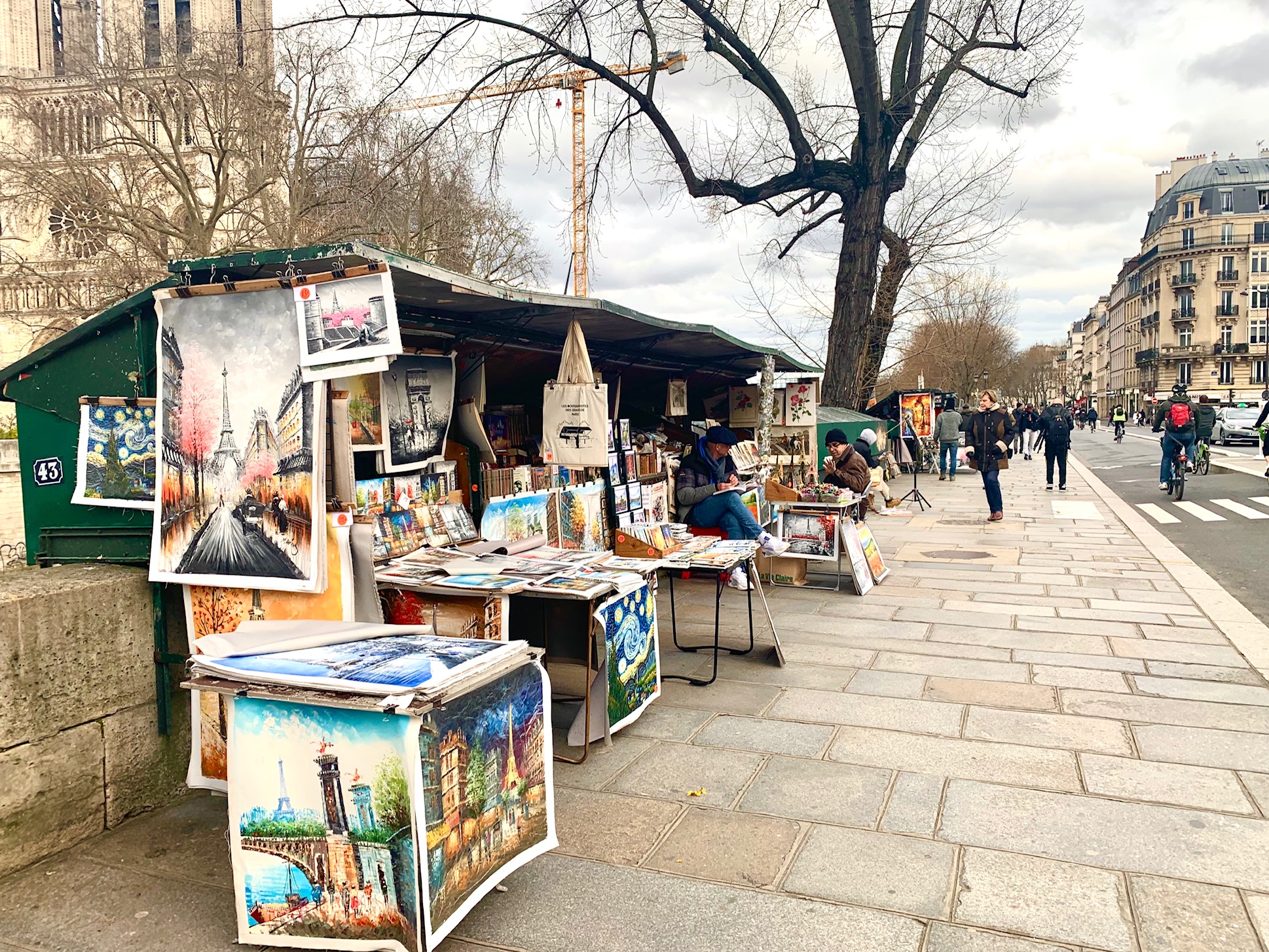 As far back as the 16th century you could find peddlers  with “libraires forains” wandering along the banks of the Seine. Once Pont-Neuf  ( now Paris’s oldest bridge) opened at the beginning of the 17th century there was a dramatic increase in the number of booksellers who held the first public readings often accompanied by musical entertainment too. They used wheelbarrows to transport their books and sold them out of trays  which were fastened to the parapets of the bridges with thin leather straps.

The term “bouquiniste” [ pronounced “boo-keen-eest”) was first found  in the dictionary of the Académie française in 1762 . It is said to derive from the Dutch word “boeckin” meaning “small book” or the German word “Buch”. In modern French  the noun “bouquin” is a synonym of “livre”. The Paris book trade really took off during the French Revolution with the destruction of churches, châteaux and manor houses and their contents being redistributed.  Books which had once belonged to the clergy and the nobility were now in the hands of the bouquinistes. The book sellers had found low cost sites along the banks of the Seine and their business started to boom. 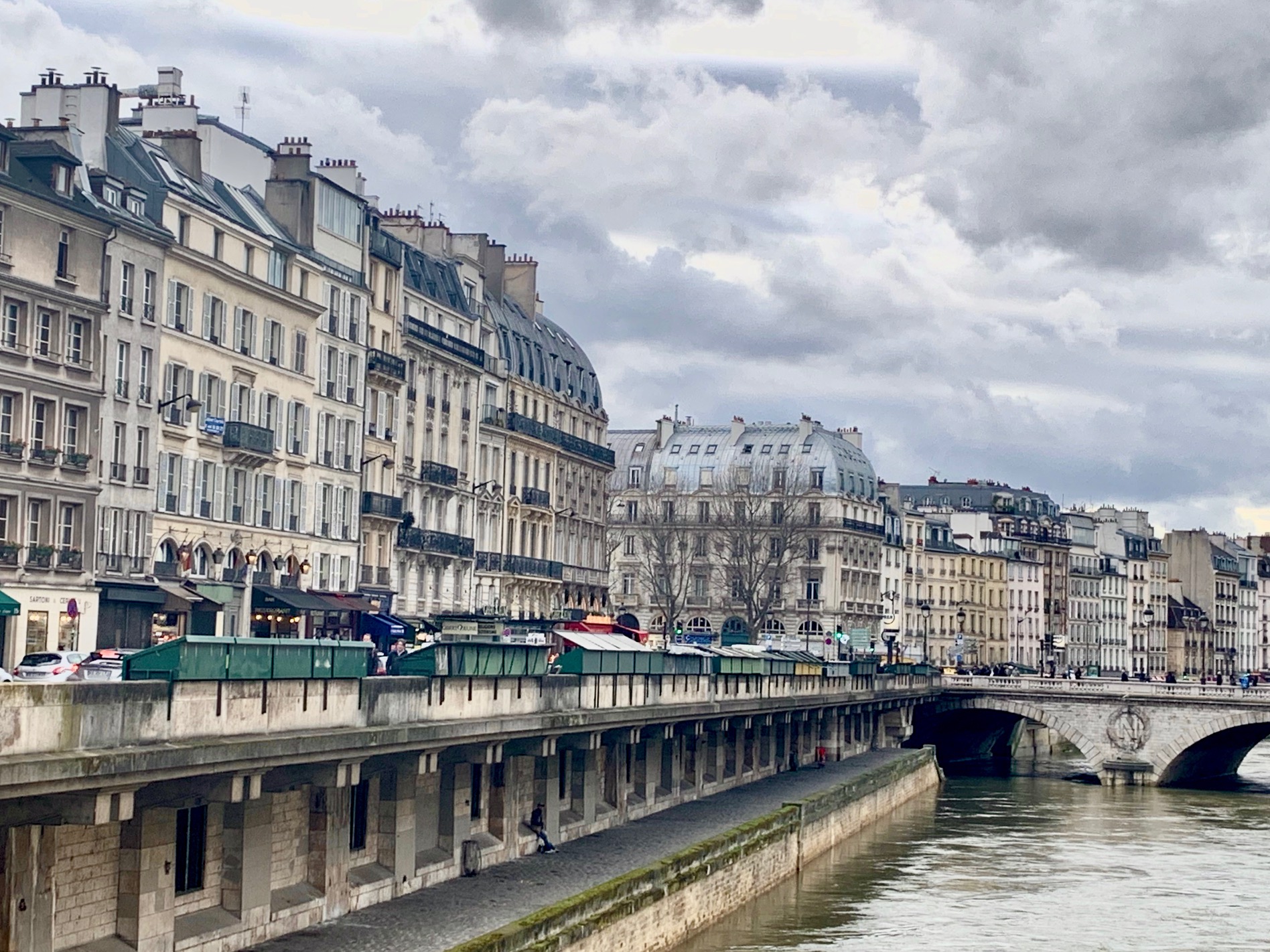 In 1859  a law was passed to allow second-hand booksellers the right to set up  their business at fixed points along the river banks by paying a concession fee. Each bouquiniste was  allocated 10 metres of railing from which to trade from sunrise to sunset. In 1891, the sellers were authorized to permanently attach their boxes to the railings. During the Paris World Exposition in 1900, there were already more than 200 Bouquinistes along the Seine. In 1930 the dimensions of the green metal boxes were fixed for all booksellers and the most recent law was passed in 1993. The boxes used by bouquinistes have  a maximum length of 8.6 metres and a width of 0.75 metres.

How to find the Bouquinisites

There are currently 145 bouquinistes on the left Bank of the River Seine. The closest to Hotel Marignan are those on Quai Montebello. From Place Maubert cross over Boulevard St Germain, walk down Rue Frédéric Sauton or rue de Briève and you will see the book sellers in front of you on the Quai. Turn left and walk towards St Michel for more Bouquinistes and views of Notre Dame Cathedral.

These iconic book sellers are an essential part of the literary and cultural heritage of the Latin Quarter and Paris.

In 1948 Blaise Cendras wrote in his short story collection “Bourlinguer “ Paris is the «seule ville du monde où coule un fleuve encadré par deux rangées de livres»,  (the only city in the world where the river is surrounded by 2 rows of books)

Go and take a peek and you might even come away with a special souvenir from this extraordinary point of sale. 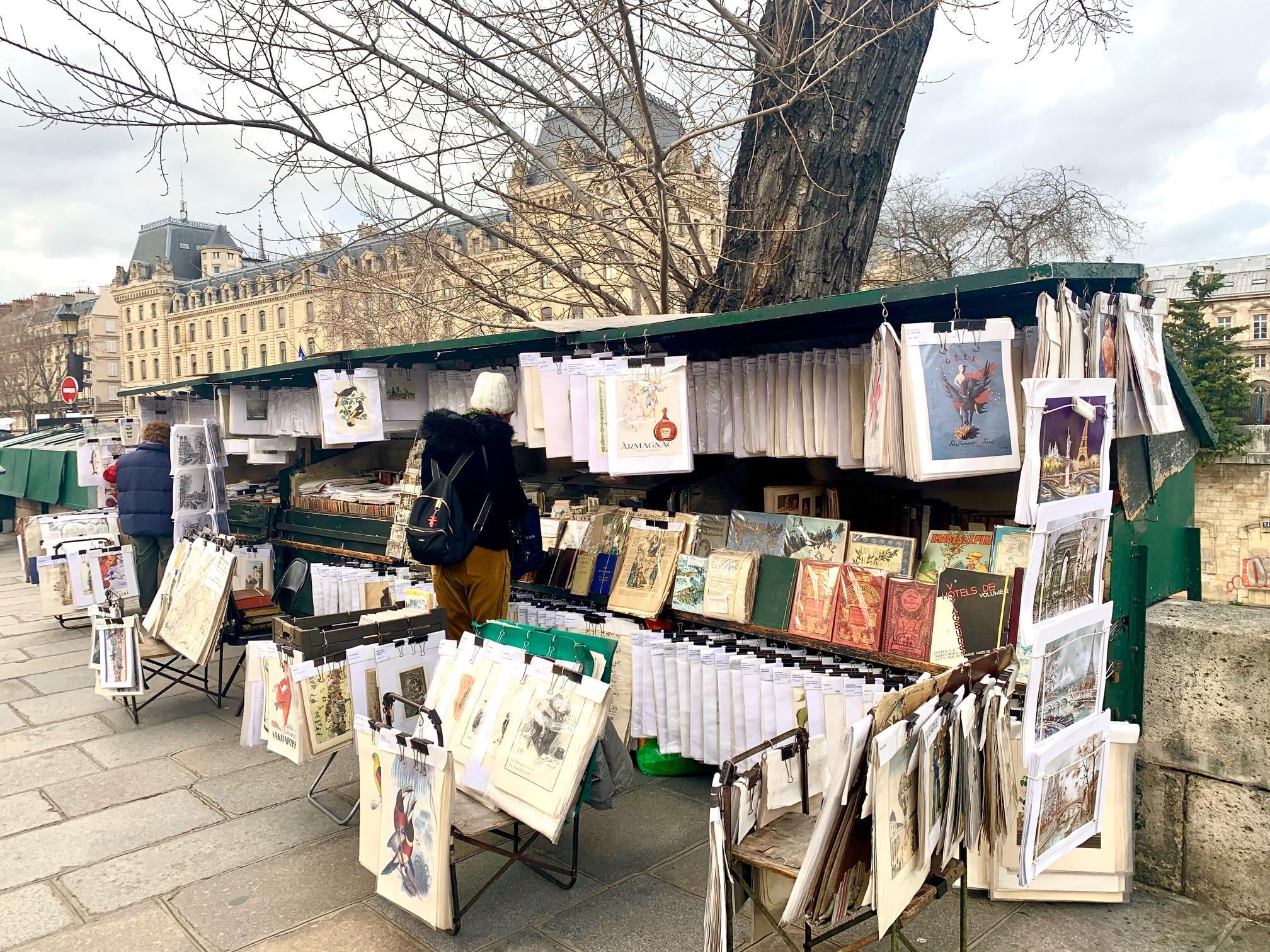