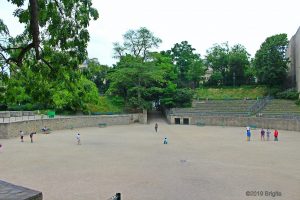 The Arènes de Lutèce were built between the 1st and the end of the 2nd century and could once seat 15,000 people. The arena was used as an amphitheatre  to show gladiatorial or animal combats, theatrical representations, games, and dances. Today it is the only remains of the Gallo-Roman period  in Paris. For centuries he arena was lost and rediscovered only between 1860-1869 during the construction of  the Rue Monge. It was opened as a public square  in 1896.

Today it is like a park where people go to read, kids play soccer, or groups of friends play the famous pétanque. However, it stays a place which is not known by everyone, so it’s perfect for everyone who wants a really quiet time in the center of Latin Quarter. 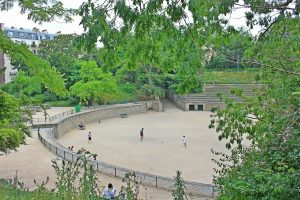 How to find the Arènes de Lutèce

Right next to the amphitheater on the Place Monge, you can visit a colorful food market on Wednesdays, Fridays and Sundays from 7.30 to 14.30 . After buying the goods you can use our kitchen and prepare your lunch or dinner. 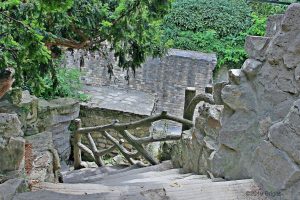